Paul Kelly and his wife Lisa have successfully acquired the SPAR in Vernon Avenue, Clontarf from previous owner Gus O’Hara, in a deal advised on by PKF O’Connor, Leddy & Holmes Limited.

Paul has worked in the business for the last 22 years and as of September became the owner of Kelly’s SPAR, part of the world’s leading food retail chain, SPAR International. Paul began working in Vernon Avenue 17 years ago, managing it whilst still owned by Gus O’Hara. SPAR is an international group of independently owned and operated retailers and wholesalers who work together in partnership under the SPAR brand to provide a high quality, value for money shopping experience for the communities.

Paul’s wife, Lisa had been working in Vernon Avenue SPAR but in 2010, embarked on her career as an accountant. Both former employees, Paul and Lisa have taken a full circle together, now owning the shop where they first met.

The PKF team led by David Lucas in Corporate Finance and Donal O’Leary in Tax, supported Paul and Lisa Kelly in this transaction in terms of structuring and seeking funding.

“PKF were a pleasure to work with. Dave and his team were available when needed and a very calming influence in pressure situations. Donal from Tax and Keith Byrne in BOI had important rolls to play also, which they did beyond our expectations. I would have no hesitation in working with Dave and the PKF team in the future.” Paul Kelly

“Myself and the team at PKF were really delighted to advise on this MBO and to work with Paul and Lisa to make it happen. This is a terrific, good news story for Paul and Spar in Vernon Avenue continues to be in safe hands in to the future.  Keith Byrne and his team in Bank of Ireland were incredibly supportive in providing the finance in a timely manner.” 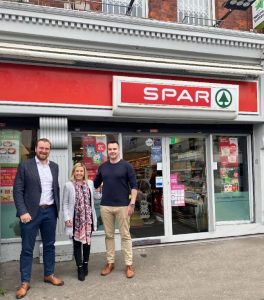 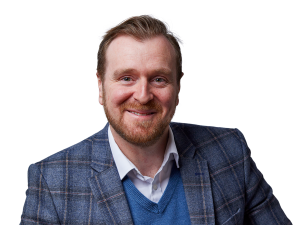